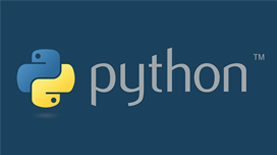 Python Scripting is a “scripting language” for web applications. It can automate specific series of tasks, making it more efficient. Python (and languages like it) is often used in software applications, pages within a web browser, the shells of operating systems and some games. A Python script is a collection of commands in a file designed to be executed like a program. The file can of course contain functions and import various modules, but the idea is that it will be run or executed from the command line or from within a Python interactive shell to perform a specific task

Prerequisites: Basic of UNIX or Windows.

For whom Python is?

Can I learn Python if I’m not from programming background?

Anyone can learn Python, whether they are from Networking, Administration, manual testing or may be from IT support. It is a big myth that if guys don’t know C or C++ then he can’t learn Python.

What is the job trend in Python?

Per the indeed.com, percentage growth of Python is 700 times more than its peer Languages.

Python is part of the winning formula for productivity, software quality, and maintainability at many companies around the world.

Few of them are specified at: https://www.python.org/about/success/

Who can learn Python?

Python – Core
Introduction
What is Python..?
A Brief history of Python
Why Should I learn Python..?
Installing Python
How to execute Python program
Write your first program
Overview on Jupyter Notebook
Overview on Command Line

Packages
How to create packages

Note: Depends upon Trainers above projects may vary

A competent individual over 5+ years of quality experience in Training & Development, Module Development, and People Management. Strong foundation in the concept of selling-from targeting a customer, needs assessment, presenting benefits to negotiation & closing styles and “Real World” Application of the same to achieve goals and targets. Excellent Presentation skills, as well as the ability to motivate, teach and inspire the sales staff.Strong Coaching orientation: comfortable in coaching both entry level and experienced employees to plug gaps
HANDS-ON APPROACH
At Radical we realize that not all students learn at the same pace. In a classroom of more than eight students, certain students will get left behind because of the lack of communication between the students and the instructor. That’s why Radical utilizes a hands-on approach in all of our classes. Our student-instructor relationships ensure that no student’s time is wasted. Each student has ample opportunity within the class to get one-on-one instruction and review for any topics covered in the SEO course.
PRACTICAL APPLICATION
At Radical we understand that people need SEO & SEM training because they want better jobs. Because of this, we ask all of our students to bring their real-world scenarios into the classrooms. While in class students will work on a project that may actually be utilized by their company. In this way, students will be prepared to apply what they learned in our classrooms directly to their work in the field
OUR CLASSROOMS
We have two simple rules. There is a computer station for each student to use in class and no class will have more than 8 students in it. By following these two rules we can be sure each student has the opportunity to learn in the most efficient, thorough manner..